* In case of any delay in receiving the OTP, you may verify it later. Please proceed without verification.

Machilipatnam, which is also referred to as Bandar or Masulipatnam, is a foremost port city as well as an administrative center of Krishna district, Andhra Pradesh. The city is nestled on the southeastern or Coromandel Coast of India. Macchilipatnam is very popular worldwide not only because of its rich historical background, which was dominated by the Dutch, French and British. It was the major gateway of their sea trade and thus, it has been maintaining special significance for both national and international travelers. 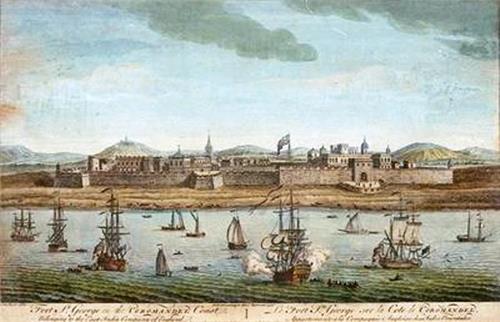 The city of Machilipatnam came into its existence from the era of Satavahana Kings in the 3rd century B.C.  During that period, the city was known as Maisolos and Masalia. They used this port as the gateway for their sea trade. As per some scholars, the city came into existence in first century AD when it was famous for Muslin, a thin-plain weave cotton cloth. Perhaps, there was the reason why it was referred to as Masalia or Masulipatnam.

During the year 1478, the place of Machilipatnam came under Muhammad Shah Bahamani II. Later in 1515, Sri Krishna Devaraya defeated the king after which the city was captured by Orissa kings like Golconda King and Quli Qutb Shah. But at the same time, European traders, particularly Portuguese and Dutch, established their trade centers near the port. Thereafter, the Britishers came to the port by locating their factory in 1611. Consequently, Machilipatnam port was explored by the British, French and Dutch administrators for their sea trades particularly with the countries of Europe, Southeast Asia and Southeast. During that time, the major export items were diamonds, spices, turmeric, muslin cloth, kalamkari fabrics and potassium nitrate.

The Golconda kings were defeated by the Emperor of Delhi, who conquered the city but later with the entrance of foreign traders and by frequent wars and disasters, Machilipatnam could not grow further. In the year 1779, the city had to confront with a major cyclone in which almost 20,000 people were killed and the Dutch Factory got damaged. The significance of Machilipatnam once again came into recognition during the colonial rule when British East India Company settled their first trading post on the Coromandel Coast. Later the place was incorporated in the periphery of Northern Circars.

Machilipatnam or Bandar city has also a special significance in Indian National Movement when Mahatma Gandhi visited here three times during the Swarajya Movement. Besides that, the city has also witnessed couple of major disasters. The first was in the year 1864 when a sea surge in the Bay of Bengal headed the massive tidal waves over 13 feet height. The city and surrounding villages were totally washed away with nearly 30,000 people killed and thousands of people rendered homeless. In effect of this disaster, a monument was also established by the then District Collector of Masulipatnam, Mr. Thornhill, at Robertson Square (presently popular as Koneru Centre). The second major disaster took place in 2004 when the Tsunami in the Indian Ocean washed away the city and damaged hundreds of lives.

Like its historical heritage, Machilipatnam is still maintaining its importance into the economy of Andhra Pradesh. There are many small scale industries located here particularly that of gold fashion jewellery. The city also has a medium fishing harbor in which 350 fishing vessels can be accommodated at a single time and has a carpet-weaving industry.