The city of Machilipatanam is the district headquarters of Krishna district, located in the coastal Andhra region of the state of Andhra Pradesh. This coastal city is said to be the first trade settlement of the British as it was located strategically on the coast of Bay of Bengal. However, the rulers from Golconda were the first people to patronize European traders to settle and trade in this city. The Portuguese are said to be earliest people to settle here, followed by the Dutch and the English settlements came next. During the English settlement, this city was also known as Masulipatnam or Masula and as Bandar to the locals. Today, it is located at a distance of 72 kilometers from Vijayawada. The city is currently the administrative headquarters of Krishna District. 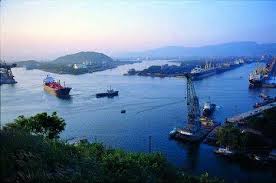 The area is vulnerable to storms and frequent cyclones in the Bay of Bengal. In 2004, the city saw its worst nightmare in the name of Tsunami affecting many a villages, population and their livelihood in and around the city. The government and NGOs are actively involves in rebuilding and rehabilitating the destructed villages. The famous port currently operational here dates back to the period of 19th century built by the French and the Dutch to carry their trade on. Currently it needs technological up gradation and a popular infrastructure company is awarded the contract to build the same.

The town of Machilipatanam is said to have existed since the 3rd century BC. It had a port which was located on the southeastern part called the Coromandel cost of India. The port being located in the mouth of River Krishna witnessed flourishing sea trade. Greeks mainly traded clothes. Those days, the chief merchandise was the Muslin. The cloth was a hot favorite among the ladies during that age in the city of Rome. This made the traders seek for opportunity to trade and hence Roman gold coins poured into the town through the port. During excavations of Buddhist settlements in and around the town while researching about the then flourishing trade center, several Roman coins were found. 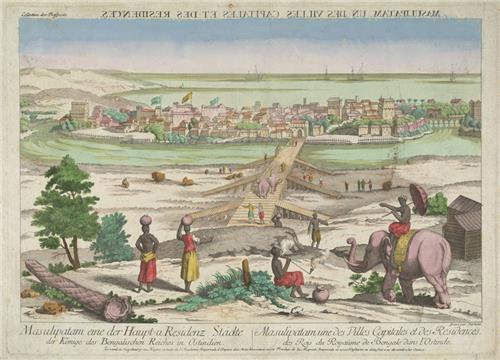 In the year 1611, the English founded their settlement at Masulipatnam, which was their headquarters until they finally moved to Chennai, the then Madras in the year 1641. Following which in the year 1761, in a quid pro quo arrangement for supporting Nizam Ali Khan in his succession to Golconda, the English managed to secure their first division at Masulipatnam from the Nizams. Initially, the division was administrated by a Chief and a Council. However, in the year 1794 collectors were appointed who were responsible and reported directly to the Board of Revenue making Krishna collectorate one among the oldest collectorate in the country.

The naming of the eastern gate of Charminar as Machili – Kaman (translating literally as ‘gate of the fish’) and in the city’s case it specifically means gate to the fishing town of Machilipatanam. The name testifies the relationship between port, fishing and the capital. The economy is said to be driven by the existence of port and coastal line hence naming the city Machilipatanam. Another name for this city is Bandar, as popularly known in folklore and is famous for Bandar Laddoo in this region.

Geography and Climate of Machilipatanam

The city is located at 16.17°N and 81.13°E on the southeastern cost of India and in the eastern most corner of Andhra Pradesh. The average elevation in this city is 14 meters. The climate in this city is classified as a tropical savanna climate due its hot summers and moderate winters. The city gets most of its annual rainfall due to southwest monsoon. The average normal rainfall is recorded at 959 millimeters. The city is frequently hit by cyclones originating in the Bay of Bengal. A landmark moment for this small city constantly tormented by torrential rains was the installation of a high capacity S – Band Doppler cyclone warning radar on 8th of December 2004. This radar was installed and made operation at the city to warn the people against storm and thus the state became better equipped to track cyclones, the onset of monsoons etc. The facility will enable to monitor the entire 960 km coastline in the State. The information from this radar is posted on a real time basis on the Indian Meteorological Department website. 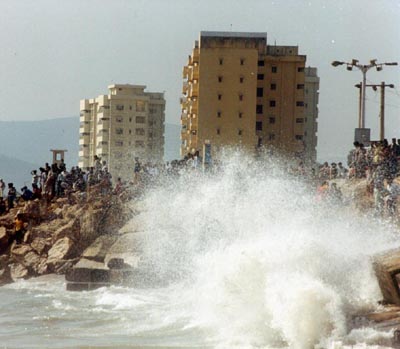 The hottest months in the state are between April to June. April to June – Extremely hot summers with temperatures soaring as high as 46 degree Celsius July to October – are typically when the city receives rains with an average precipitation recorded at 150 mm November to February – the city witnesses moderate winters and the weather is generally pleasant with temperatures anywhere between 32 - 37

Business and Economy of Machilipatanam 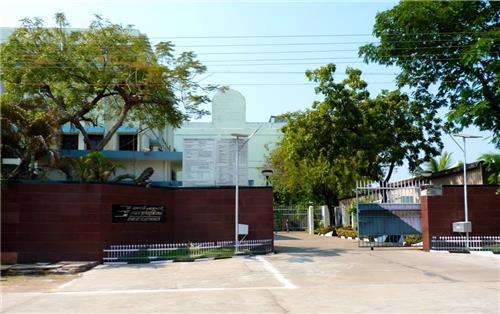 The East India Company built its first factory in India in this city. It was a 17th century port that was used for French, British and Dutch trade. The port is said to have a medium sized fishing harbor which could accommodate upto 350 fishing vessels. The city was also an active carpet weaving industry. The other products traded from this town included rice, oil seeds and scientific instruments. Today, the city is an important educational center for the State of Andhra Pradesh and is a railway terminus. The earliest bank to be set up here was the Andhra Bank established in the year 1923.

The city is an agrarian economy with primary sector being the soul of the city. Rice is the most important food crop produced here. Fashion gold also referred to as rolled gold or gold covering ornaments are produced here. Fishing and aquaculture are other important activities. One of the most important industries set up here is Bharat Electronics Limited (BEL), a unit of the Union Defense Ministry of the government of India which is involved in the design, development and manufacture of opto-electronic equipment that are used by the Indian Defense Services and parliamentary organizations. The imitation jewelry called ‘Chilakalapudi Bangaram’ is an industry involving 200 companies and over 30000 artisans. The jewelry is exported to South East Asian and Middle East countries. Weaving of sari and cloth is another popular occupation.

The administration of Machilipatanam is headed by the District collector of Krishna Mr. M Raghunandan Rao who is an IAS officer. For easy administrative purposes the city falls into the Bandar revenue division of the Krishna District. It is a special grade municipality with 36 Panchayats and 28 villages. The city covers a total area of 28 square kilometers. It is also a parliament constituency in Andhra Pradesh. It is said to be one of the earliest municipality in the state of Andhra Pradesh.

Culture, Arts and Cuisine of Machilipatanam 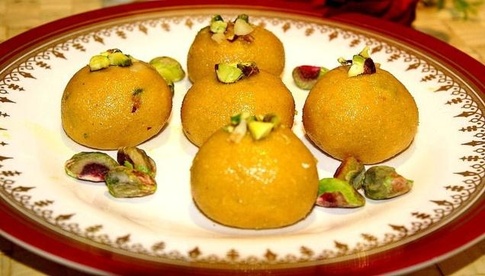 The population in this town is diverse and follows Hinduism, Islam and Christianity. While Hindus and Christians are known to converse in Telugu the widely spoken language in the city, Muslims tend to speak in Hindi. Women of all cultures and faith resort to wearing sari. However, the city is now embracing western culture is open to newer fashion.  The most popular dance form of Andhra Pradesh – Kuchipudi which originated in the town of Kuchipudi which is 25 kilometers away from this city is practiced here. The Kalamakari fabrics with intricate designs that involve washing, rinsing, soaking and bleaching muslin is done here.

Seafood is the most famous and sought after cuisine. The city is known for Bandar Laddoo and Bandar Halwa. 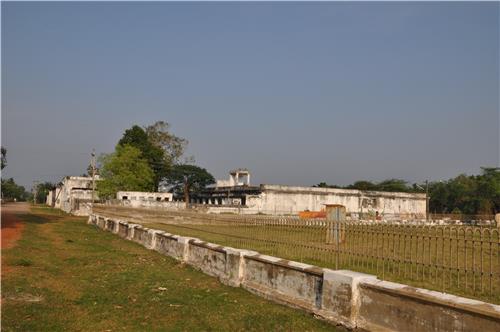 The city has a rich and vibrant history with numerous foreign conquests, flourishing trade and business. The city has so much to offer in terms of old world charm and relics. The city today currently stands as a spiritual center and offers both recreational and spiritual tourism. The beaches here are long, clear and pristine. The beaches here have a natural bay with shallow waters.

The city is very well connected by rail, road and air. Tourists can reach the place without too much hassle and the city is easily accessible. Road: The NH – 65 connects the city to Pune, Hyderabad, Vijayawada, etc. It is well connected to other cities such as Bangalore, Chennai through various roads further connecting to the national or respective state highways. A costal highway was sanctioned 4 years ago connecting Kattipudi to Ongole via the city is expected to further enhance the connectivity of this place. APSRTC a government run bus service connects the city at regular intervals to destination with the state and also interstate. 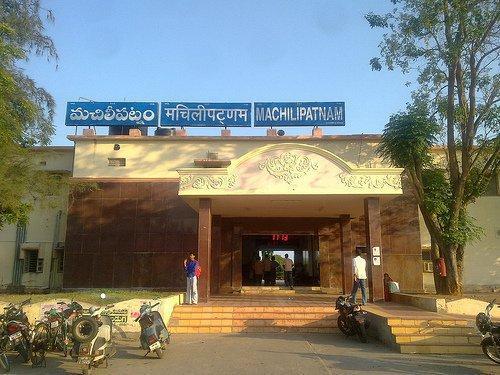 The railway station was built by the British to link with shipping yard and public transportation. One branch of the line is connected to Vizag - Vijayawada while the other is connected to Howrah – Chennai main line. There are approximately 11 passenger trains to Vijayawada, one fast passenger to Vizag and express trains to Secunderabad, Tirupati and Bangalore.

Navayuga a popular infrastructure company won the bid to construct a new technologically advance port in this city. Currently government is in the process of acquiring land and doing all the other related work for the construction.

The nearest airport is Gannavaram, which is located at a distance of approximately 72 kilometers from the city